Find this article at:
go.ncsu.edu/readext?719150
— Written By Tina Lovejoy

This week I want to share three questions we received at the N.C. Cooperative Extension, Caldwell County Center. I hope you find these questions and their answers helpful.

Question: What is this large bee? 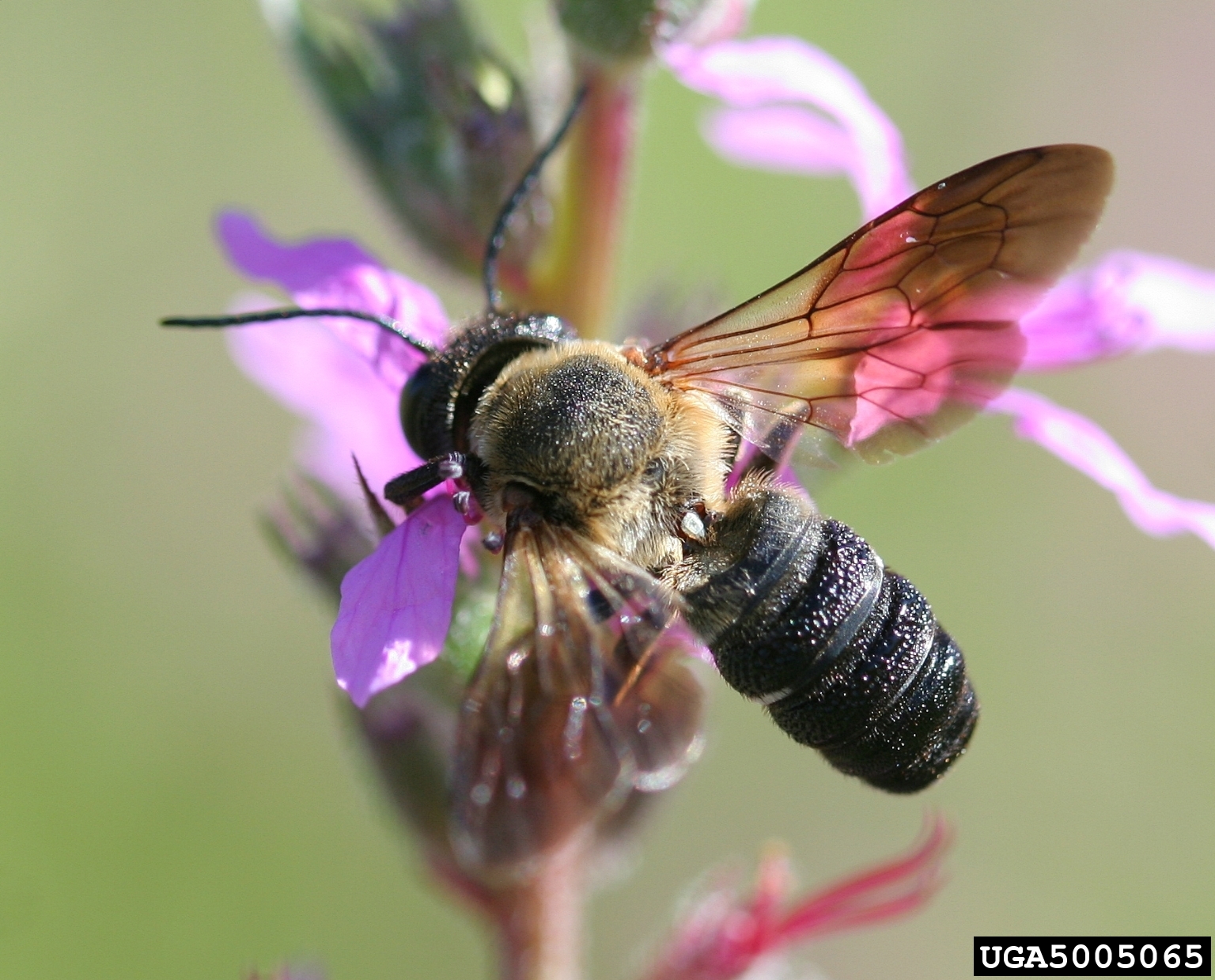 The giant resin bee is native to eastern Asia and was first identified in the United States in North Carolina in 1994. (Credit David Cappaert, Bugwood.org)

Answer: This is a type of leaf cutter bee called a giant resin bee. Its scientific name is Megachile sculpturalis. These bees are native to eastern Asia. This bee was first identified in the United States in North Carolina in 1994. It is believed to have arrived accidentally via international trade. These bees are now found in most states east of the Mississippi River.

Although the giant resin bees’ size is intimidating, they are largely harmless. The males are unable to sting, and the females, although able to sting, are not aggressive and usually fly away from humans. The overall ecological impact of this non-native bee is considered benign. They are known to pollinate 43 different species of plants in the United States. One very interesting thing about the giant resin bee is it leaves puncture marks on the petals of the flowers it visits. This is one way researchers are able to study what plants the giant resin bee visits.

Question: Where do Belted Galloway cattle come from?

Answer: Galloway cattle can trace their origins to ancient Celtic breeds in the British Isles. These animals are solid-colored, shaggy-coated, and polled (without horns). Precisely when and where the Belted variety of Galloway began is shrouded in some mystery.

The most likely explanation is that some Dutch Belted cattle were imported to the Scotland in the 1700’s and bred with Galloway cattle. This resulted in the unique color pattern. Belted Galloway animals are typically black, but they can be red, with a white band or belt around their middles. Sometimes, these animals are called “Oreo” cows. It’s really a good description. However, those that breed and own Belted Galloways call them “Belties”. 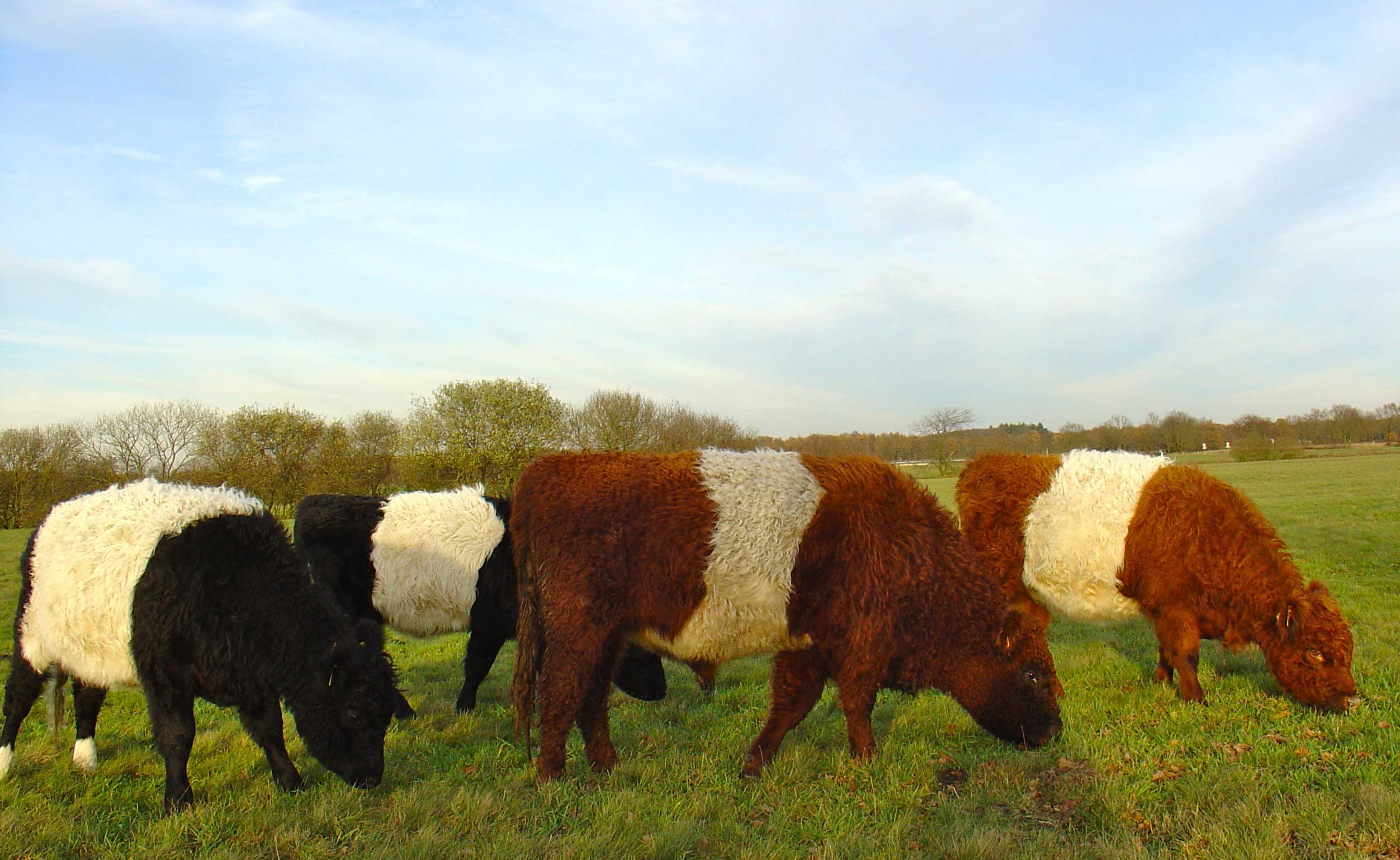 Belted Galloway cattle are easy to recognize with their distinctive coloring. Although they are typically black and white, they are sometimes brown and white in their coloring. (Credit Gouwenaar, Commons.wikimedia.org)

Question: I received seeds from China that I did not order. What should I do? 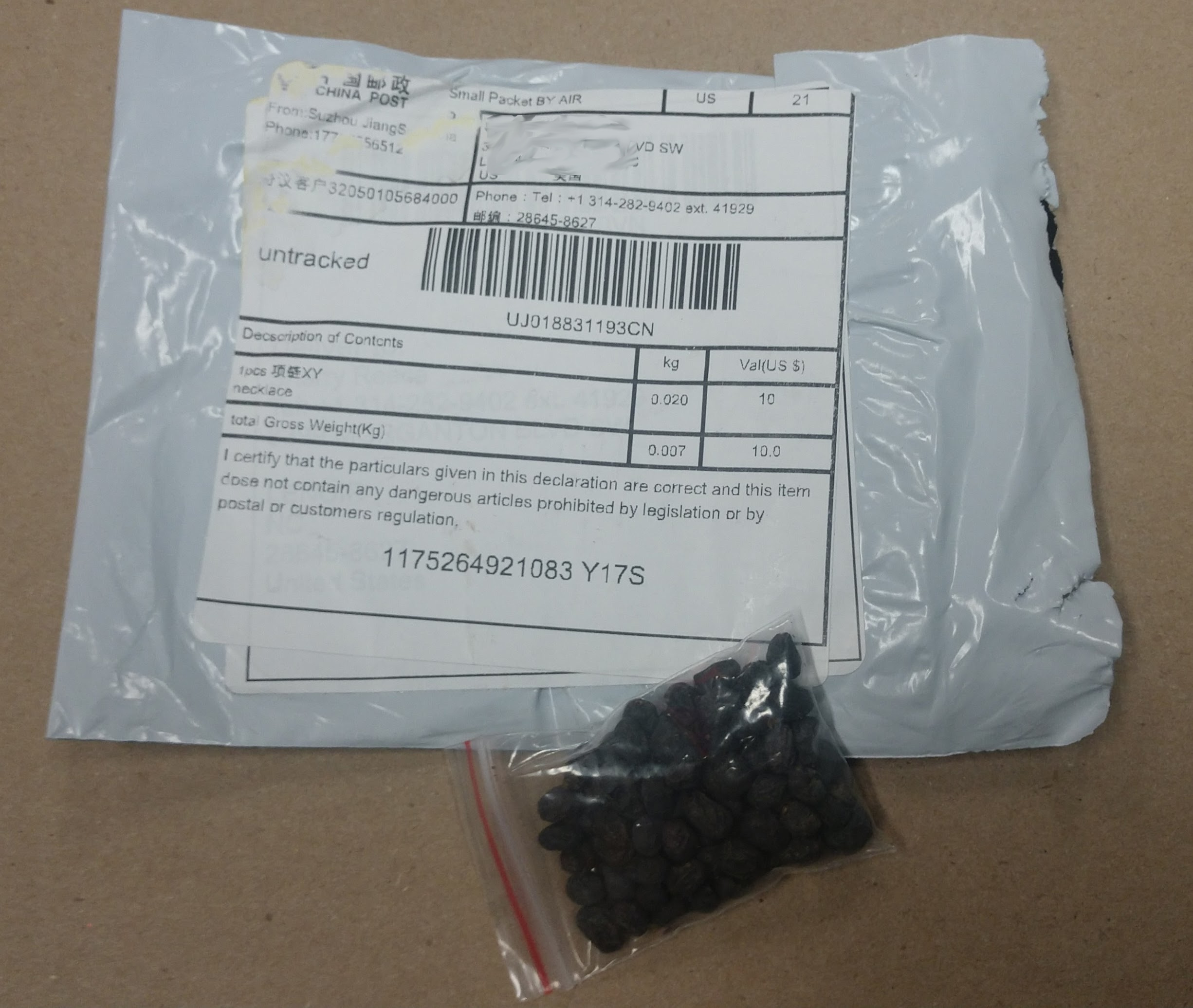 Seven Caldwell County residents have received these types of unsolicited seed packages in the mail from China. (Credit, Seth Nagy)

Answer: First, don’t plant them. These seeds are a serious threat to North Carolina and U.S. agriculture because we do not know what these are or if they could be carrying some type of plant disease or destructive pest. This is serious. There have been over 1,000 reports from across the state about individuals receiving these seeds.

The NC Department of Agriculture – Plant Industry Division is collecting these packets and working with USDA’s Animal Plant Health Inspection Service and Homeland Security to test these seeds.

If anyone has received such a package, please don’t open or plant the seeds. Be sure to keep all of the packaging together, and call the N.C. Department of Agriculture and Consumer Services at 1-800-206-9333 or email us at newpest@ncagr.gov.

These packages have a return address in the Chinese language, but it is not real. They are often marked as jewelry or toys on the label. At this time, these shipments are thought to be part of a “brushing” scheme, where the company creates an account in a person’s name and ships them an inexpensive item, such as seed. With the account and the shipment information, someone with the company then gives a positive review of the item. Thus, boosting the company’s online rating for sales and products.

If you have agricultural questions, visit us anytime at caldwell.ces.ncsu.edu or contact us during normal business hours at the Caldwell County office at 828-757-1290.