Answers on Pests, Pruning, and Planting

Find this article at:
go.ncsu.edu/readext?653714
— Written By Sarah Christas and last updated by Tina Lovejoy

This week, I want to share some questions that have been brought to the N.C. Cooperative Extension, Caldwell County Center. People may contact me to ask specific questions, like these, at the Extension Center at 828-757-1290.

Q: I have bugs that look like lightning bugs, but they don’t light up. They are on the side of my house, in my trees, and some are inside. What are they? 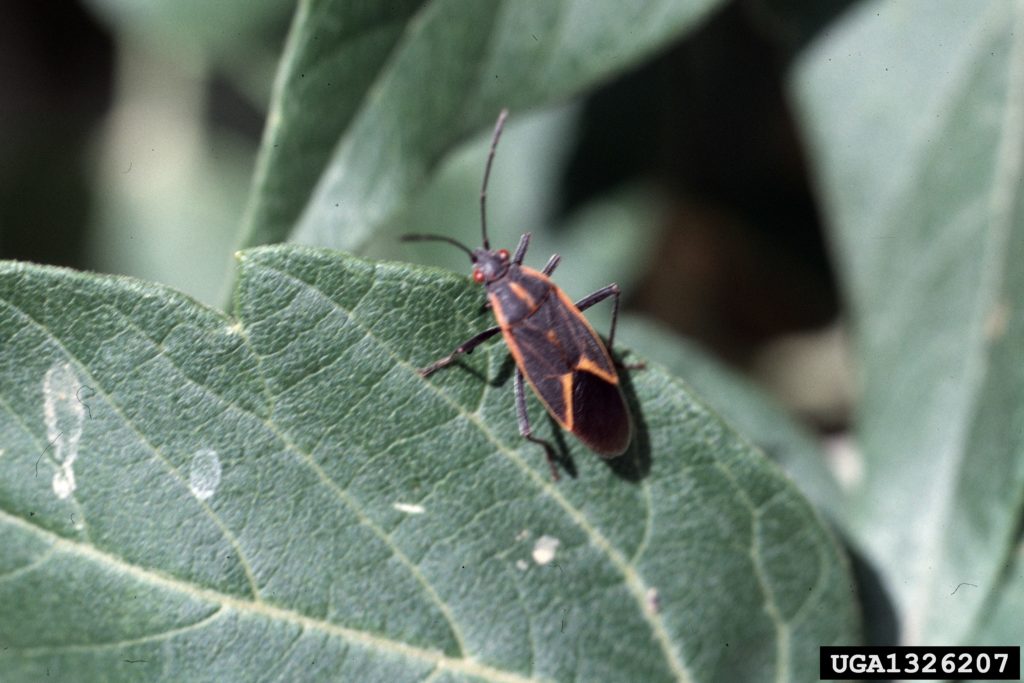 The boxelder bug is an insect so to identify them, look for six legs and a three-region body. These bugs are elliptical and about a half-inch long. They are dark gray to black with three red stripes on the thorax. The leathery parts of the wings are outlined in red. The eyes are also red.

Boxelder bugs feed on the seeds of boxelder trees, which can also be called their host plant. Sometimes these bugs become abundant on maples or ash trees. However, when people are bothered by boxelder bugs year after year, it is usually because a female boxelder tree is in their yard or nearby.

To identify a boxelder tree, the boxelder’s opposite leaves, unlike other maples, are pinnately compound with three to seven (sometimes nine) leaflets which vary greatly in size and shape. They are coarsely serrate and may have one or two lobes. 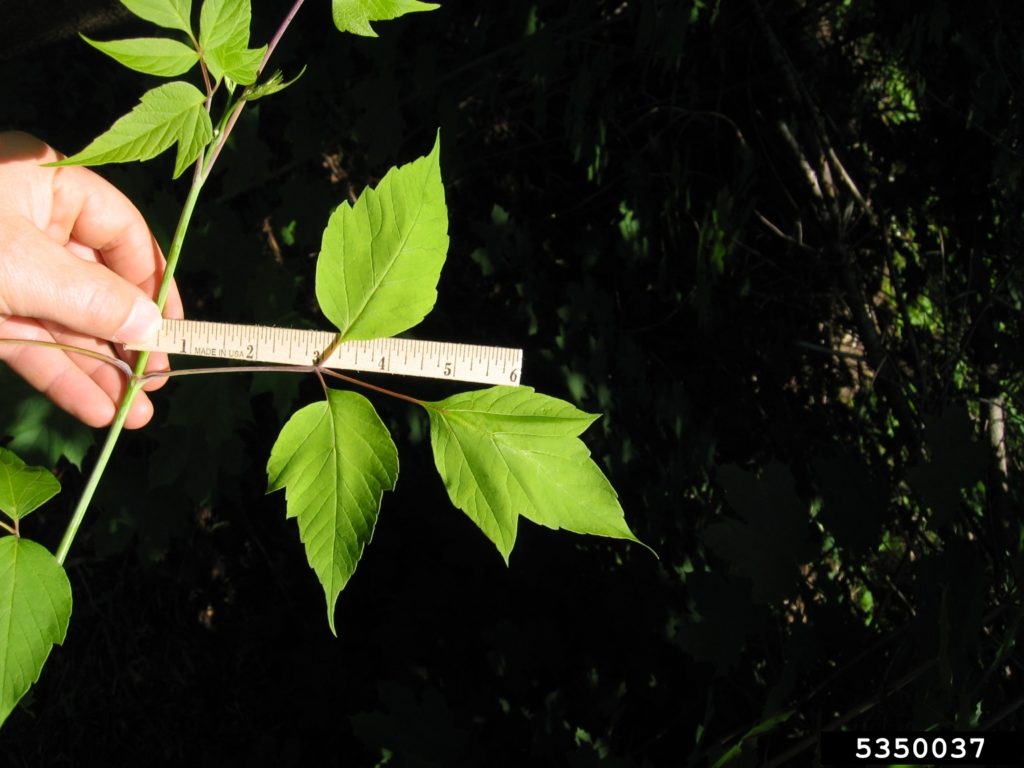 In order to treat an area for boxelder bugs, if inside, they can be vacuumed. Boxelder bugs are very tolerant to pesticides. If crushed, these bugs leave a red stain but they can be gently vacuumed up without staining walls or furniture.

It would be a good idea to empty the vacuum canister soon after sweeping, as the bugs may impart a lasting odor in the machine as they rot. Homeowners can also set out sticky traps if they can figure out where they are entering into a space.

If outside, spray the trunk to prevent invasion. People can spray with a product whose active ingredient is bifenthrin. As always, be sure to read and follow the pesticide label. Boxelder bugs tend to hide in between the cracks of the trunk. If they congregate onto the sides of a home, they can also be sprayed there. Just be careful because some sprays can stain the siding of a home.

Q: What is this growth on my lilacs, and will it hurt my plants? 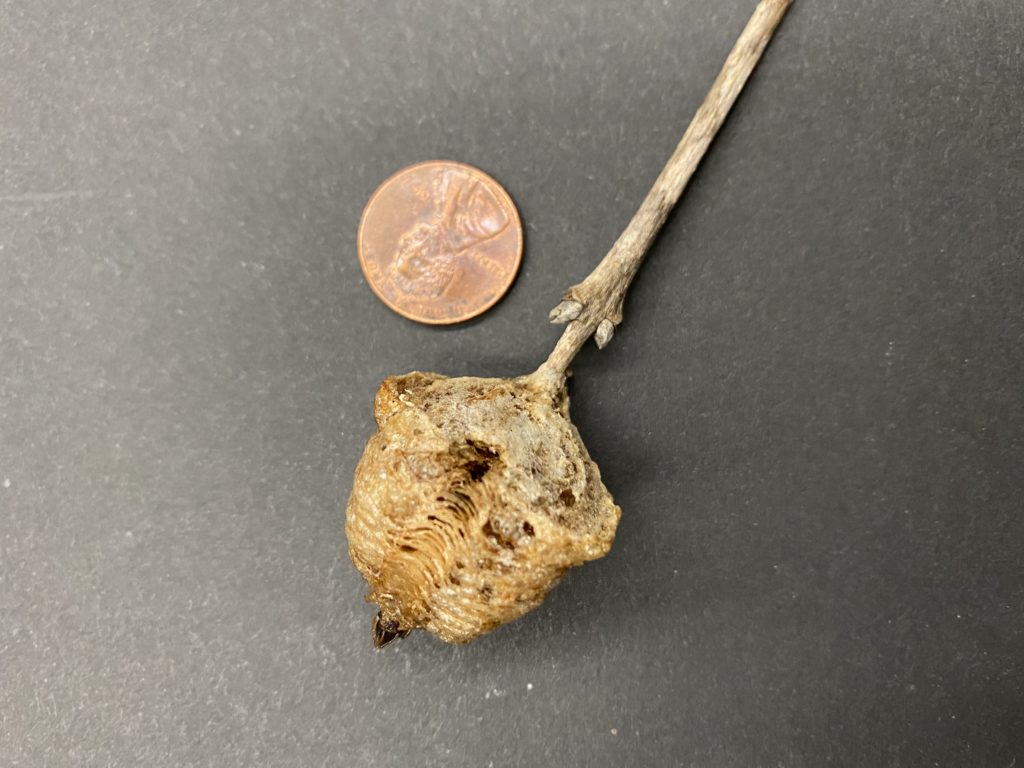 Chinese mantids and their egg cases will not hurt a lilac plant, even after they hatch. A lot of times when these eggs hatch, the nymphes will start to eat each other.

Chinese mantids feed on just about any animal they can subdue, including butterflies, cockroaches, crickets, flies, grasshoppers, moths, and spiders.

Overall, if seen on plants, it is the best practice to leave them alone.

Q: When and how do I prune my blueberry bushes? 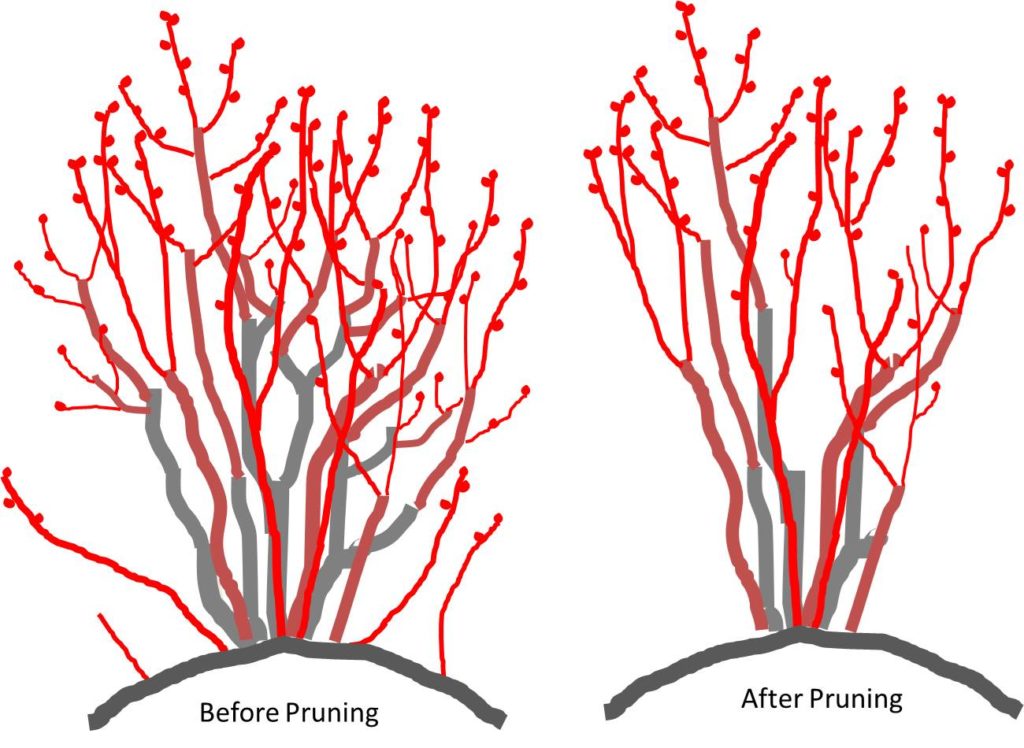 A: Now is a great time to prune blueberry bushes. In the western Carolina area, it is best to practice winter pruning for blueberries. Winter pruning months are from November through March.

Tools needed include pruning shears/hand shears, lopping shears (for larger canes), and disinfectant spray. If pruning a cane that looks diseased, growers will need to disinfect their pruners by spraying the blades with a disinfectant between each cut.

After removing the shoots, one should remove low-angled canes and crossovers. Low-angled canes are undesirable because once fruit is on the cane, it will hang close to the ground and will be contaminated by rain-splashed soil. Crossovers happen when the cane grows angled through the bush.

Next, focus on opening up the center of the bush. If needed, remove one to three large canes from the center to reduce crowding, improve air circulation, and phase out older, less productive canes. Older canes can be identified as being grayer in color and are more likely to be covered with fuzzy growth of lichens. These cuts should be made close to the ground. Don’t be afraid to cut!

Up until this point, cuts have been large. This usually makes people nervous; they start thinking they have made too many large cuts to their bush, and that there are only a few canes left to their plant. Rest assured, though. If someone is thinking this, then he or she has pruned properly!

Next, smaller cuts should be made to a bush. This method is called thinning and heading back. Pruning/hand shears are the tool I recommend for this.

As blueberry canes age, they branch repeatedly, resulting in smaller lateral twigs, and smaller berries. If left unpruned, this results in excessive numbers of unproductive, matchstick-sized shoots, each with a few tiny berries.

To avoid this stage, thin canes by making cuts to selectively remove clumps of twiggy, brushy-looking, matchstick-sized laterals. At this time also cut (head back) any long whips or canes that are too small.

Q: Is it time to start preparing soils for my spring garden?

A: Now is the time to start planning and preparing a spring garden! Before planting crops, time should be taken to prepare the soil. This could be the difference between a great harvest and poor harvest for a garden.

In western North Carolina, we have clayey soils. To make our soil more desirable for crops, we can amend our soils by adding organic matter (compost). This makes our soils loamy in texture. Incorporating a 2 to 3-inch layer of compost in late winter to early spring, prepares the soil for planting.

A soil sample should be taken every two to three years to find out the pH or acidity of the soil in the growing area. The ideal pH for most crops is 6.0 to 6.5. The soil test report will tell a gardener how much lime and fertilizer his or her garden soil will need. When applying lime, try to apply it several months before planting. Soil test kits are available at the Caldwell County office at 120 Hospital Ave. in Lenoir.

Fertilizer should generally be applied before or at planting time. The fertilizer can be broadcast, applied in the row, or a combination of the two. Broadcast the fertilizer by spreading it by hand with a spreader over the entire area, or apply the fertilizer in the row, which is known as banding.

Making preparations now can lead to a rewarding harvest of freshly grown vegetables later in the year.

For more information on gardening, come pick up the Western North Carolina Planting Calendar at the local Cooperative Extension Center.