Find this article at:
go.ncsu.edu/readext?707495
— Written By Seth Nagy and last updated by Tina Lovejoy 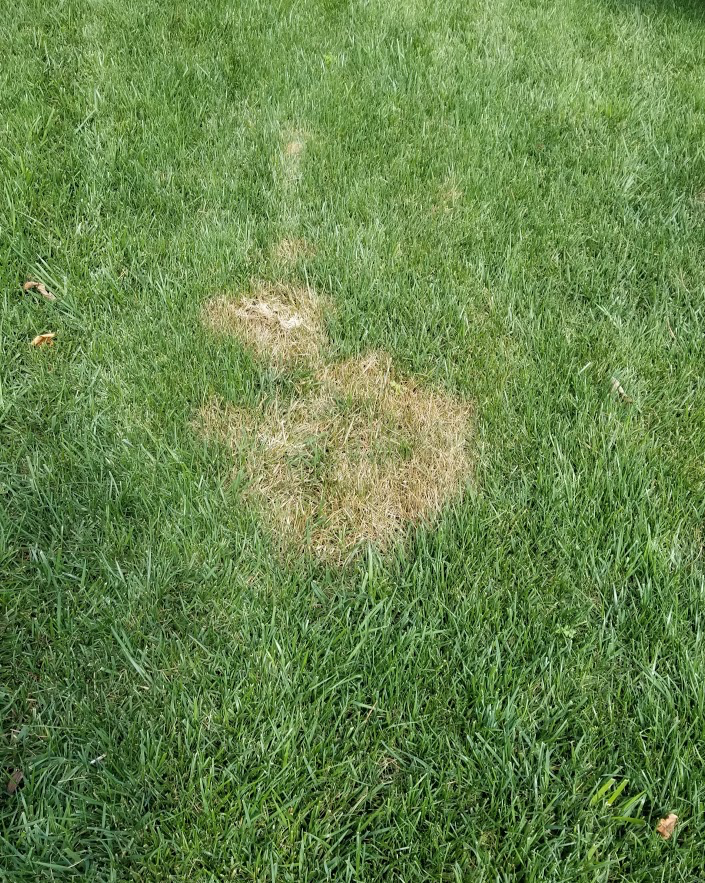 Brown patch symptoms include small circular brown patches, about a foot in diameter, and can often “melt” together.

Brown patch is a common turf disease caused by a soil borne fungus Rhizoctonia solani. Recent weather patterns of rain and heavy cloud cover along with rising temperatures provides the perfect environment for this foliar disease. Early symptoms are small circular brown patches of turf a foot in diameter. Small patches often melt together and may engulf an entire area of a lawn.

Tall fescue should not be fertilized after the first of May, unless you are using ultra-low rates with iron for a color effect. The recommended amount of nitrogen on tall fescue per year is 3-4 pounds per 1,000 square feet.

Brown patch infested lawns may need soil tested to determine if low pH is a contributing factor. A pH below 6.0 aggravates the spread of brown patch. Now is the time to have soils tested if fall renovation is in your plans. Soils must have a proper soil pH of 6.0-6.5 to achieve maximum health and growth to ward off the fungus. Turf and ornamental fungicides are necessary to control the fungus. There are some user-friendly granular fungicides available that may help.

According to plant pathologists at NC State University, the most important step of controlling brown patch is infrequent irrigation and regular mowing when the grass is dry. Unusually cool, wet weather over the past few weeks has made this almost impossibility, hence the rapid outbreak of the disease. Avoid irrigation in the late evening or at night. Early morning irrigation helps prevent the spread of brown patch. Lawns with a history of brown patch disease will often see annual reoccurrences. The disease can also be controlled with fungicidal treatments. It’s important to apply these treatments before the foliar disease occurs. Go to Brown Patch in Turf for more detailed information on brown patch control.

Darrell Blackwelder deblackw@ncsu.edu is the retired horticulture agent and director with the North Carolina Cooperative Extension Service in Rowan County.