Find this article at:
go.ncsu.edu/readext?747013
— Written By Sarah Kocher

When youth love nature or care for the environment, they may want to explore careers that involve spending time outside. Three professionals – a nurseryman, a park ranger and a horticulture Extension agent – share what they enjoy about their day-to-day work.

To better understand career exploration or exposure, it is helpful to think about goals and what activities are age appropriate. 4-H projects like forestry, gardening, healthy living, livestock and wildlife can help with this. Overall, career exploration can build self-awareness, teach youth about potential careers, and help them develop a plan for reaching future goals.

The first professional being highlighted is a nurseryman in Caldwell County. Allen Tolbert is the owner and operator of a small tree nursery in Collettsville. As part of this, he oversees employees. He is also a member of the Caldwell County Nurserymen’s Association.

“The tree nursery started off as a hobby and became a second career,” Tolbert said. “I was a school teacher and principal for 27 years before the nursery required all my time.”

Tolbert tells why he enjoys working outside as a grower and manager.

“I have always enjoyed working on the farm,” he said. “I enjoy seeing the changes that occur in the nursery from season to season.”

Nursery crops are a top agricultural product for Caldwell County, and there are other jobs related to management, production and distribution.

“In larger nurseries, a secretary is needed to answer phones and do paperwork; a foreman is needed to talk with buyers and sell trees; someone supervises employees digging and loading trucks; truck drivers transport trees; and many employees to do this work,” Tolbert said.

The 4-H horticulture, plant science and forestry projects can aid youth in discovering more about trees, nurseries and related careers. If youth are interested in a career at a nursery, Tolbert said he encourages youth to pursue an education in horticulture and agribusiness.

Next, Kristin Vinduska is a National Park Service Park Ranger. This season, she is working at Minute Man National Historical Park in Massachusetts.

“Protecting sacred wildspaces is the basis for the National Park Service’s mission,” Vinduska says. “I am thankful that past generations saw the value of nature untouched and unspoiled by man-made structures and influences. They wanted to protect these resources for future generations, and we can all take up the same task now! My job is to get people to care about the outdoors and nature so they continue to stay protected.” 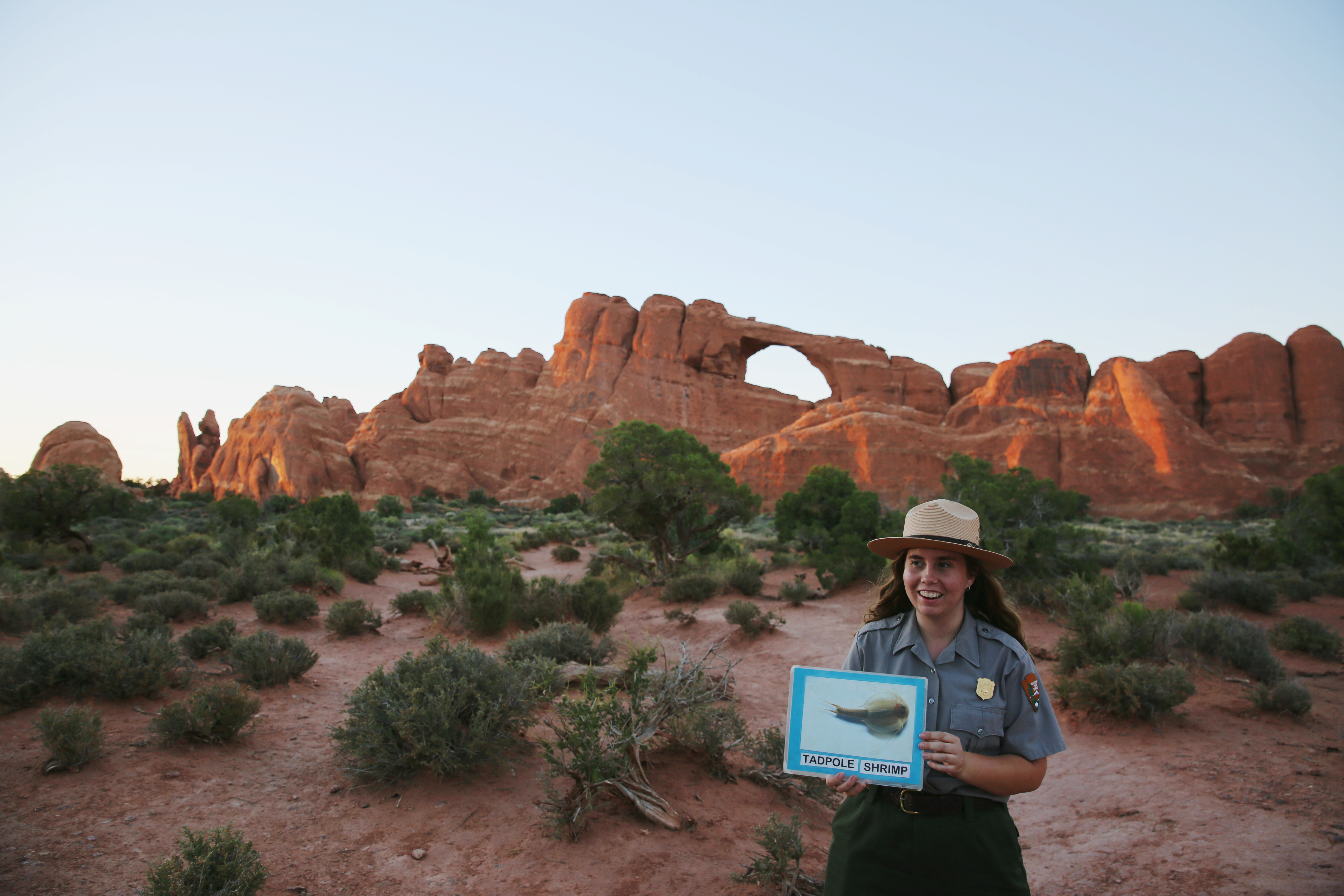 She facilitates intellectual and emotional connections between visitors and the natural or cultural resources in parks.

If not for the current pandemic, “I would be working at the Visitor Center information desks, answering questions and helping visitors plan their trips; and I would be developing and delivering programs that educate our visitors about the resources,” she said. “At Minute Man National Historical Park specifically, I would also be involved in living history demonstrations where I would get to dress up in colonial clothing and even fire muskets!”

Other outdoor activities related to being a park ranger can include helping with search and rescues, performing maintenance tasks around the park, and studying natural resources. Vinduska says without the outdoors she would not have a job.

Influential trips to public lands, especially national parks as a child, inspired her to pursue a career in conservation.

“Topping a hill and seeing the peaks of the Grand Tetons, marveling a glacier resting peacefully on the volcanic Mount Rainier, observing elk munching on a meal just before the Arkansas sunset, and standing on the Old North Bridge remembering the historical events that occurred there – these are the moments that take my breath away,” Vinduska says. “I have found immense happiness learning about how everything in nature connects and pertains to our well-being in life. It is my greatest joy to be able to share this knowledge with the public.” 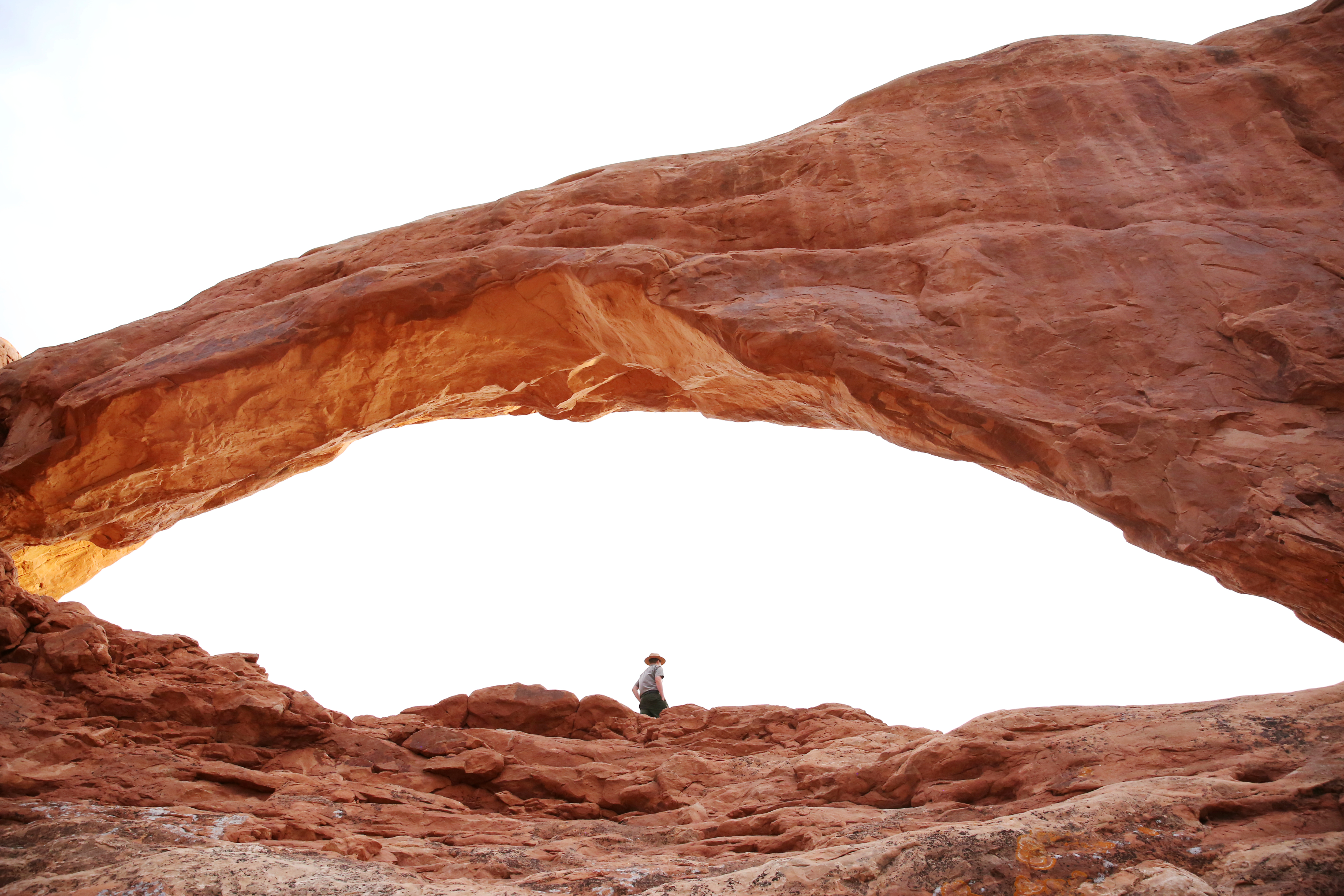 (Courtesy photo from Kristin Vinduska): One of park ranger Kristin Vinduska’s favorite parts of her job is helping with media content development. She said the grandeur of the outdoors is her panacea. This was taken at Arches National Park.

She confirmed that pursuing this career path was the right choice for her through college internship opportunities.

“During my first internship, I worked for the Kansas Department of Wildlife, Parks and Tourism as a Conservation Technician,” Vinduska said. “In this position, I learned about the maintenance it takes to upkeep a wildlife area and developed my own mourning dove banding project.”

Her second internship was working as a Park Guide at Arches National Park in Utah.

“I developed my own programs, delivered talks, took photos for the park, swore in Junior Rangers, and interacted with people from all over the world,” she said about the Park Guide opportunity. 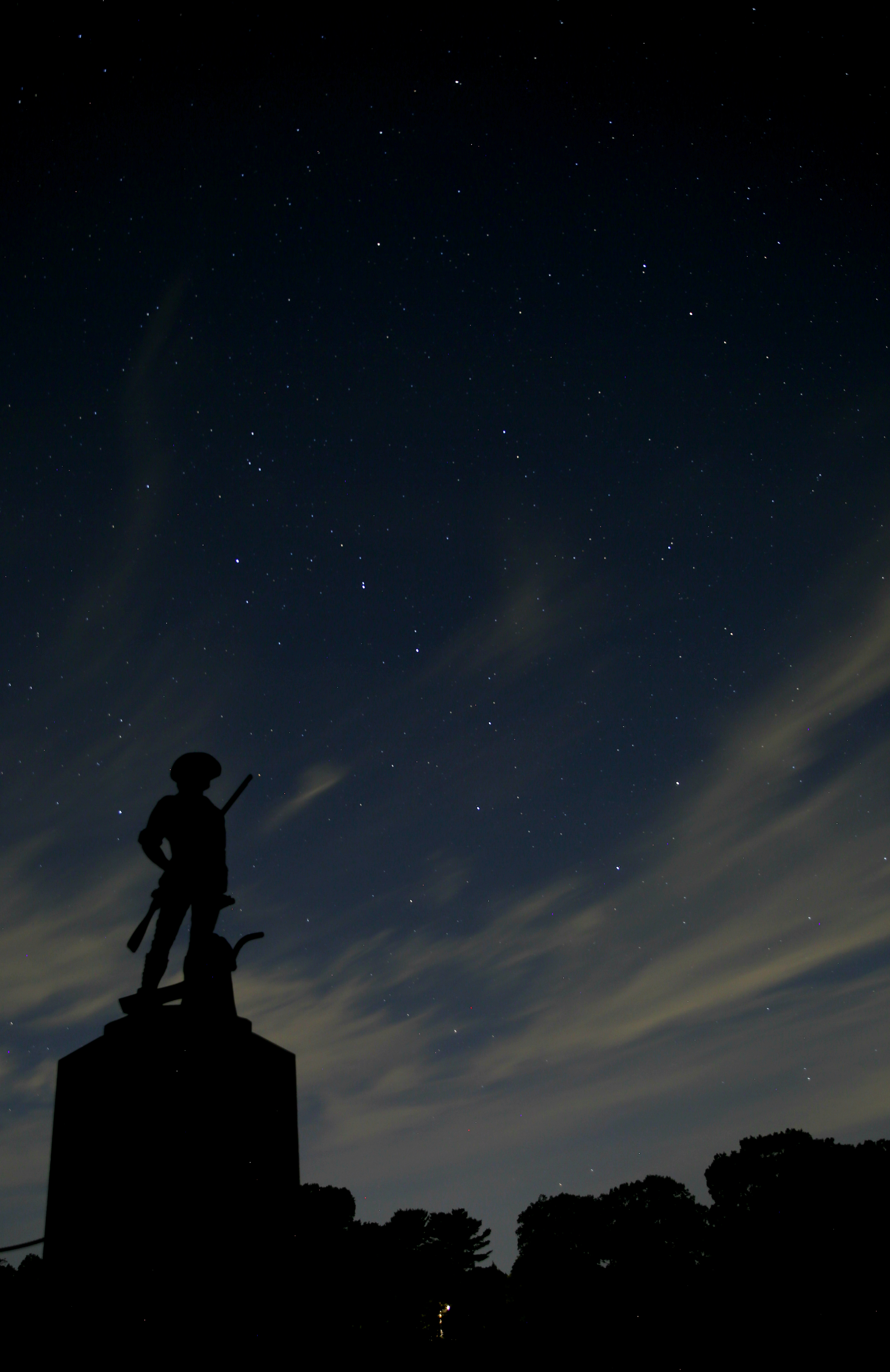 “This job was the most influential experience of my developing career.”

For youth interested in becoming a park ranger, Vinduska advises them to challenge themselves by continuing to learn new skills and strive for creative excellence. The 4-H environmental stewardship and leadership projects can help with this.

Vinduska’s career field is a competitive one, so she also added for youth to believe in themselves and to seek out and pursue unique opportunities even if they seem out of reach.

“You never know the wonderful places these experiences can take you,” Vinduska said. “Always try to build connections. Many organizations or agencies, including the National Park Service, are like a big family in the sense that everyone knows everyone. Positive connections and recommendations can help you land a dream job.”

Lastly, a career as an Extension agent, especially those focused on agricultural and horticultural services, allows people to spend time outside, interact with community members, and care for the environment.

Sarah Christas is the horticulture Extension Agent in Caldwell County.

“I do educational programming,” she said. “I develop and implement a plan of work based on locally identified needs, which will lead to improved horticultural practices. I am working with field crop farmers, hemp farmers, homeowners with landscapes and ornamentals, local foods, farmers markets, and even strawberry farmers. We cover a broad spectrum of horticulture!”

Christas said her days vary, but they often involve spending time outside.

“For example, last week we worked with an apple orchard and flew some drones for some footage for a video to promote our local orchard growers; so I spent all day outside in the apple orchards,” she said. “The next day I came into the office and did nothing but answer homeowner questions over the phone.”

Other times, Christas spends time in her role preparing to teach programs such as pesticide license certification, tree identification for a woodland owner, or how to create a pollinator garden for year around pollinators.

“As a horticulture extension agent, there is always something to learn, and one of my top interests is learning new things in the field of horticulture,” Christas said. “If you are interested in this job, I think it helps to have an interest in being able to learn something new – almost everyday – and wanting to help your community practice good horticulture techniques.”

“I think in your early years of school and life, you start to understand the things you really enjoy and hopefully seek a job that aligns with those interests,” Christas said. “So, growing up, I always enjoyed the outdoors.”