Find this article at:
go.ncsu.edu/readext?876930
— Written By Sarah Christas and last updated by Tina Lovejoy

Cover cropping may be a newer term to home gardeners, but it is a practice that has been around for centuries! Ancient manuscripts have indicated the use of cover crops that date back to over 3,000 years ago! Today, cover crops are becoming increasingly popular because of their ability to build and support healthy soil systems in many different ways. 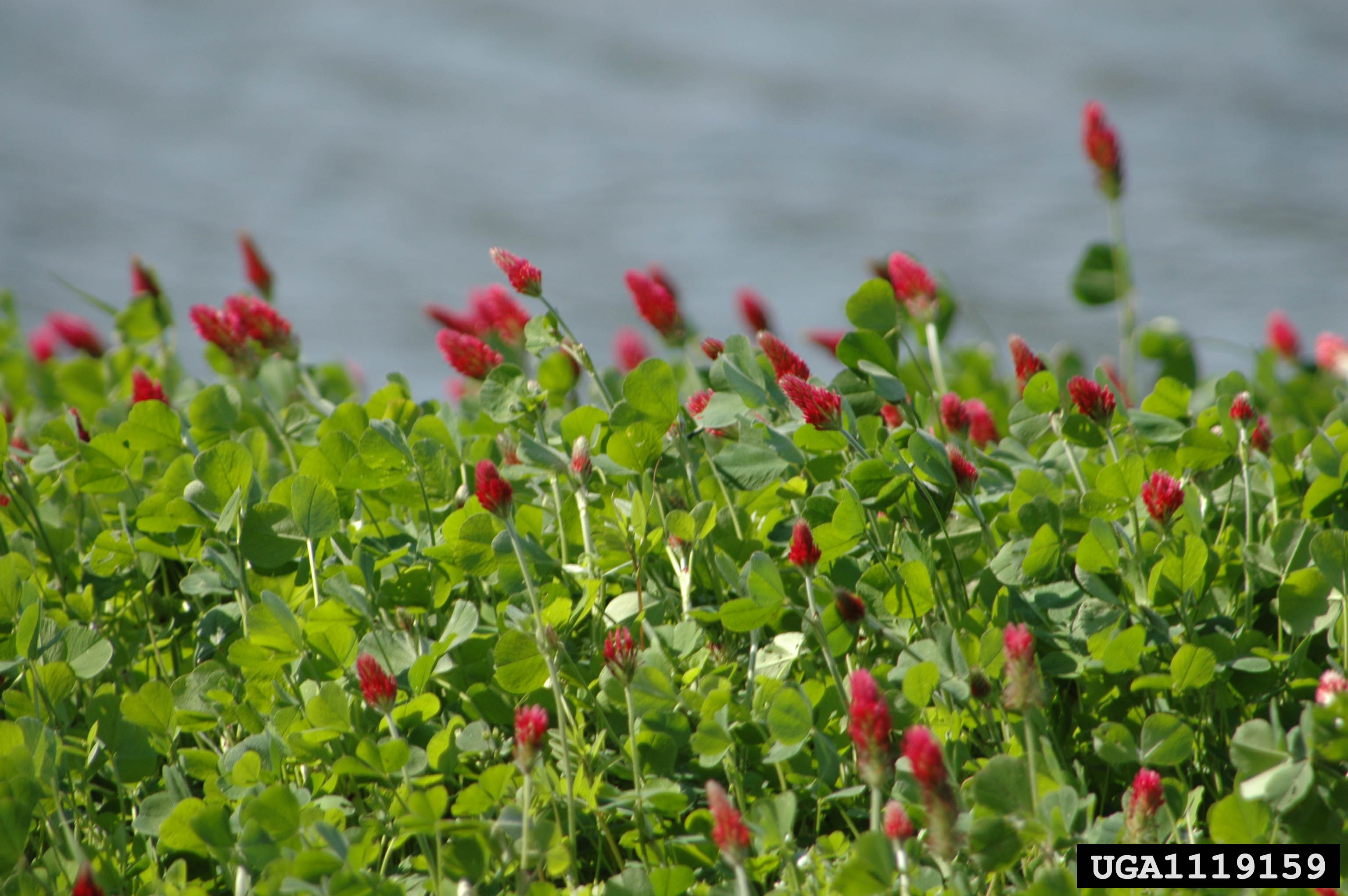 Crimson clover is a popular cover crop because of its ability to add nitrogen back into your soil. Its beautiful flower head is an added bonus!

A cover crop can be used to help increase or maintain organic matter, increase nitrogen in the soil, prevent soil erosion, and/or maintain soil nutrient levels during winter months. Essentially, a cover crop “covers” your gardening areas during the months your garden isn’t in season. For most home gardeners this time is during the winter.

Please note that there are summer cover crops. Most cover crops are annuals, meaning their life cycle is only a year. For this article, we will focus on winter annual cover crops.

Cover crops are low in lignin and high in nitrogen, so this makes them fast decomposers. This is a helpful characteristic if you plan on planting soon after terminating your cover crop.

Why Should Home Gardeners Care?

It is no surprise that to commercial farmers, soil health is vital. For without healthy soils, farmers would not have productive crops, therefore no payday!  But for those whose livelihood doesn’t depend on crop success, why should you care?

Well, have you ever experienced diseased plants, poor growth, pests, or weed issues? This could all be related to your soil. From the many benefits of cover crops listed above, it is more appropriate than ever for home gardeners to reap the benefits of cover cropping! This is especially true for those who may not have the space, time, or resources to rotate garden crops yearly.

Specifically, in our area, red clay is one of the fastest eroding types of soil. There is a saying used among soil conservationists: “Healthy soils are covered soils.” Meaning, never leave your soil exposed, even between gardening seasons. Keep them covered with cover crops!

Before selecting a cover crop, here are a couple of things to consider:

-What is my main purpose for cover cropping? (To add Nitrogen, to keep the soil covered so weed seed can’t set in, to combat soil compaction, to build organic matter, etc.)

-How do I plan on terminating the cover crop? (By mowing, hand pulling, crimping, tilling them in, herbicide, etc.)

In most situations, there are multiple reasons and multiple choices for cover crops. I have yet to find a wrong reason to use cover crops, though!

There are many types of plants that are used as cover crops and some of them you are probably familiar with! Legumes and grasses are the most popular among cover crops, but brassicas (mustard, radish, rapeseed, etc) are gaining popularity.

Legumes are types of plants that can fix nitrogen from the atmosphere and add it to the soil. This is a major bonus because nitrogen is one of the plants’ macronutrients. Types of winter annual legumes include Austrian winter peas, crimson clover, and hairy vetch.

Field peas establish quickly and will grow rapidly in our area. They are extremely successful in their ability to fix nitrogen. Studies have shown that they can fix 100-150 lbs of nitrogen per acre!

Crimson clover is a great fit for our region because it grows in the fall and winter and matures faster than most legumes. It also contributes to large amounts of available nitrogen for your next crop.

Hairy vetch is very cold hardy and produces a large amount of vegetation. Vetch can also fix up to 100lbs of nitrogen per acre. They decompose rapidly and release nitrogen quicker than clover and peas. Since they’re colder-hardier, they could be more difficult to kill off than clover and peas.

Annual grass cover crops include cereals like rye, wheat, barley, and oats. Grasses can be used to maintain nutrient levels for your next crop and can also be used to reduce erosion. Grasses produce large amounts of residue, so they are good candidates if you are needing to increase organic matter in your soils.

Winter rye is very cold hardy and can be planted later in the fall compared to most winter cover crops. Another cool factor of winter rye is the allelopathic effect it has when it decomposes. This can help with suppressing the germination of weed seeds!

Oats are not winter hardy but useful when found in a winter cover crop mix. They germinate fast and provide quick cover in the fall time while the other seeds in your mix take longer to germinate.

Annual ryegrass (unrelated to winter rye) has an extensive root system and is also a good candidate for erosion control. Annual rye does die in colder climates but can become weedy in certain southeast climates.

Brassicas include mustard, rapeseed, and forage radish. Brassicas have been shown to release biotoxic compounds that exhibit broad activity against bacteria, fungi, insects, nematodes, and weeds. Brassica cover crops are often mowed and incorporated to maximize their natural fumigant potential.

Mustard is a great cover crop to add to your mix when you have experienced root-knot nematodes or other soil pest issues.

Radish and Rapeseed are best used when you are combating compact soil. Living in western NC, this is a problem for many folks! Because radishes and rapeseed have hardy taproots, this allows them to break up the compact soil and helps future crops to establish roots more easily.

No matter which cover crop you choose, it will eventually need to be terminated. Termination can be achieved by mowing (most popular), plowing into the soil, herbicides, rolling and crimping, or naturally by winter injury. It is best to leave a week or two between the time a cover crop is tilled under or killed and the time you plant your main crop.

I encourage you to add cover crops into your garden planning. Now is the perfect time to start researching and choosing what cover crops you want to plant in the fall!

Please check out the resources below!

Winter Annual’s as a cover crop